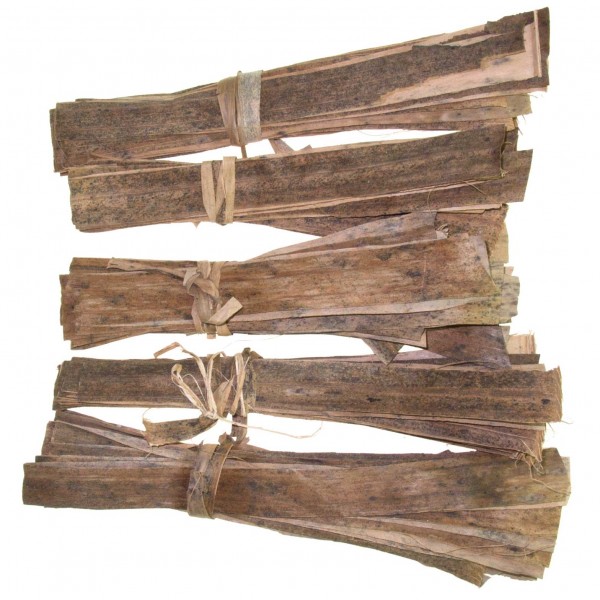 The leaves of the banana plant (Musa sp. var. sapientum) have been successfully used in Asia for many years. There, they have long been used by successful ornamental fish breeders, in the same way as tropical almond leaves, to prevent and treat diseases such as for example

Breeders of Siamese fighting fish, in particular, swear by banana leaves and use these with even greater success than tropical almond leaves, as they improve the coloration of the fish and have very positive effects on the fishes' readiness to spawn (especially in Betta splendens fighting fish such as Half Moon, Plakat etc.).
Particularly with very sensitive species, such as for example Albis or Simplex, banana leaves provide an excellent alternative to tropical almond leaves, as the latter often cannot be used in such cases because of the water values.

The term banana tree leaves, which is often found, is not correct insofar as the banana plant is not a tree but a bush, though it does develop an impressive false trunk formed from the leaf sheaths.

In Europe, dried banana leaves have been something of a professional secret among aquarium keepers up until now, though some European breeders have been using them successfully for some time. The fact that banana leaves are not so very well known may also be due to the leaves not being widely available.
Some time ago, the leaves became the subject of discussion among aquarium keepers here at home who were using the leaves of banana bushes growing in Europe. They were successful, but the level of success was low. This may be because the leaves of bushes that have grown over here only have a fraction of the desired constituents of the leaves from Asian regions, because of the less intense sunlight.
Our banana leaves are harvested and treated just as carefully as our tropical almond leaves. They are free of pesticides and harmful bacteria.

According to requirement, there are two options for dosage:

The leaves will absorb water for 48 - 72 hours (this can be speeded up by pushing them below the surface) and will slowly transmit their active constituents to the aquarium water over a period of 1 - 2 weeks. After that, the effect is depleted and the leaves can be exchanged.
However, just the same as tropical almond leaves, they are devoured with gusto by plecostomus and crustaceans.